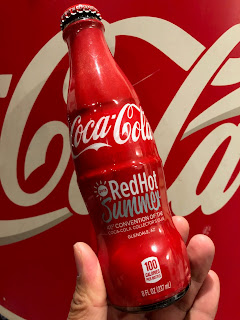 The convention bottle is a red 8oz wrapped glass bottle featuring a graphic design of the sun sipping from a Coca-Cola bottle from a straw. On the opposite side of the bottle is "Coca-Cola" in large white lettering with 2015 in a sunburst and  Red Hot Summer 41ST CONVENTION OF THE COCA-COLA COLLECTORS CLUB GLENDALE, AZ. No UPC or GAN. 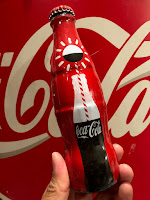 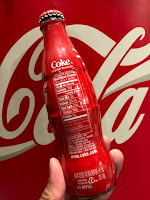